Here in America, we mostly use Rosemary (Rosmarinus officinalis) to flavor chicken, dumplings, bread, lamb, stews and soups and Italian sauce.  Besides being a delicious seasoning, did you know Rosemary is also high in calcium, iron, and Vitamin B-6,  has therapeutic value and can even be used in the garden as a bug deterrent? Lucky for us, Rosemary is one of the easiest herbs to grow! These woody stem plants can be slow growing at first, but will start improving in their second year. Rosemary will tolerate partial shade, but prefers full sun and well-drained soil with a pH between 6 and 7. It’s also one of the easiest to harvest and dry!

We can use an infusion of Rosemary herb (tea) as a systemic deterrent for insects, by watering it into the ground around plants periodically throughout the growing season. Rosemary has long been used as a hair oil, and in shampoos and conditioners to condition the hair and scalp, and even promote hair growth. It has been included in sore muscle salves, balms and oils, and is used to improve circulation and the immune system (taken in capsules or tea).  At HerbalMedRx.com, we include it in our Batherapy Mineral Bath.

Essential oil of Rosemary used in aromatherapy, as well as the herbal infusion in teas and herbs taken in capsules, are used to help improve the memory.  Next time you have to study for a test, try putting a few drops of Rosemary essential oil in your diffuser or put a bit of the diluted oil on your wrists, or you can place fresh or dried Rosemary in a cotton or linen drawstring bag, and squeeze and sniff periodically to help retain what you are studying!

So yes, “Rosemary for Remembrance” is more than folklore, and now we have studies to confirm what so many throughout history already knew!

The following information on studies of Rosemary for memory is excerpted from herbs-info.com.  http://www.herbs-info.com/blog/scientists-find-sniffing-rosemary-can-increase-memory-by-75/?c=d 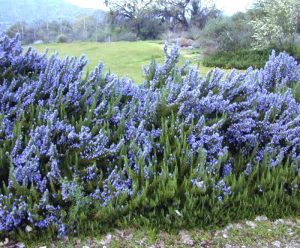 Rosemary essential oil’s role in aromatherapy as an agent that promotes mental clarity was validated by the study of Moss, Cook, Wesnes, and Duckett (2003) in which the inhalation of rosemary essential oil significantly enhanced the performance for overall quality of memory and secondary memory factors of study participants. [3]

Another study by Mark Moss and Lorraine Oliver at Northumbria University, Newcastle has identified 1,8-cineole (a compound in rosemary) as an agent potentially responsible for cognitive and mood performance. [5]

Further studies by Mark Moss and team have found memory enhancements of up to an amazing 75% from diffusion of rosemary essential oil. [6]

Now if you are asking “How is it even possible that an aroma can enhance memory?” – well, that’s a great question. Here’s a fascinating quote from one of the scientific papers referenced: “Volatile compounds (e.g. terpenes) may enter the blood stream by way of the nasal or lung mucosa. Terpenes are small organic molecules which can easily cross the blood-brain barrier and therefore may have direct effects in the brain by acting on receptor sites or enzyme systems.” [5]

Terpenes are primary components of essential oils and are often strong smelling, responsible for a diverse array of natural aromas. It’s also been found that 1,8-cineole enters the bloodstream of mammals after inhalation or ingestion. [7]

This scientific discovery was brought to our attention by the remarkable Robert Tisserand, whose work on essential oils is considered by many to be among the very finest. Check out his original pages reporting on the memory effects of Rosemary here.”  http://roberttisserand.com/2013/04/new-rosemary-memory-research/ – and here http://roberttisserand.com/2012/03/rosemary-boosts-brain-power/ 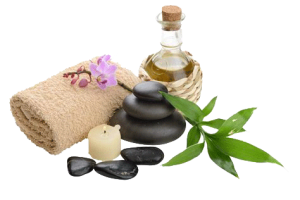